It’s Your Fault That Your Child Is Autistic

Recently, I experienced my first real taste of anti-vax cyber bullying. She essentially accused me of causing Everett’s autism. 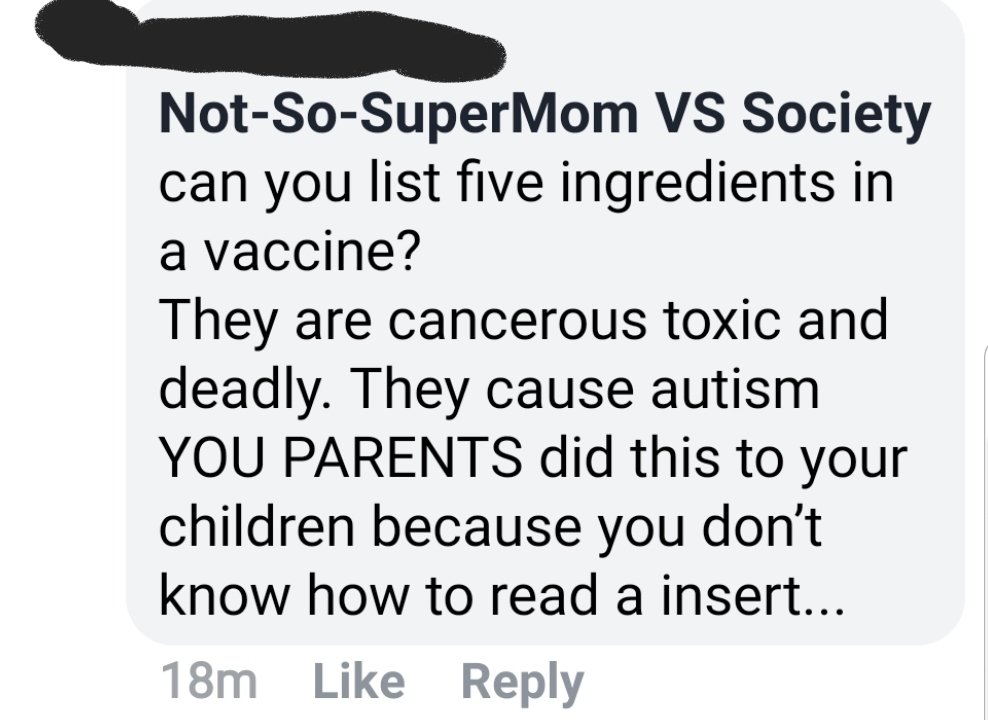 And she didn’t stop there. So tonight, I’d like to address her vitriol with a few rebuttals. Unfortunately, I wasn’t truly able to respond the way I wanted to under her comments. She chose a post that is currently being promoted by an amazing company I’m working with. Instead, I turned to my support groups. I asked for advice and virtual hugs, and they didn’t let me down. Some of my fellow moms became keyboard warriors in my honor. Thank you again for being so kind. Their kind words and support gave me the confidence and desire to write this rebuttal. I will post segments of screenshots below and my responses. She had a long rant, so buckle your seatbelts and grab some popcorn for this wild ride!

Shockingly yes, I can! I actually could list more if you’d like! Sorbitol, sodium phosphate, sucrose, sodium chloride, gelatin, and many many more based on which vaccine you’re getting. I know some of the ingredients may be controversial, but they are given in such small doses that it’s safe for the majority of the population. Believe it or not, I actually researched vaccines, vaccination schedules, and side effects thoroughly. My best friend actually kind of falls into the anti-vaccine camp, shocking I know. However, she provided me with a ton of her research and points of view. I took alllll of that into consideration, as well as the information I found, and advice from medical professionals. I decided that vaccines were right for us. Initially, I did a delayed schedule for Everett to make sure he didn’t have negative side effects or reactions, but other than a little crankiness, he did just fine! I’m happy to trust those who have actual medical degrees with giving my children vaccinations. I still look over each vaccine, side effects, and schedule, but so far, the doctors recommendations have been spot on. 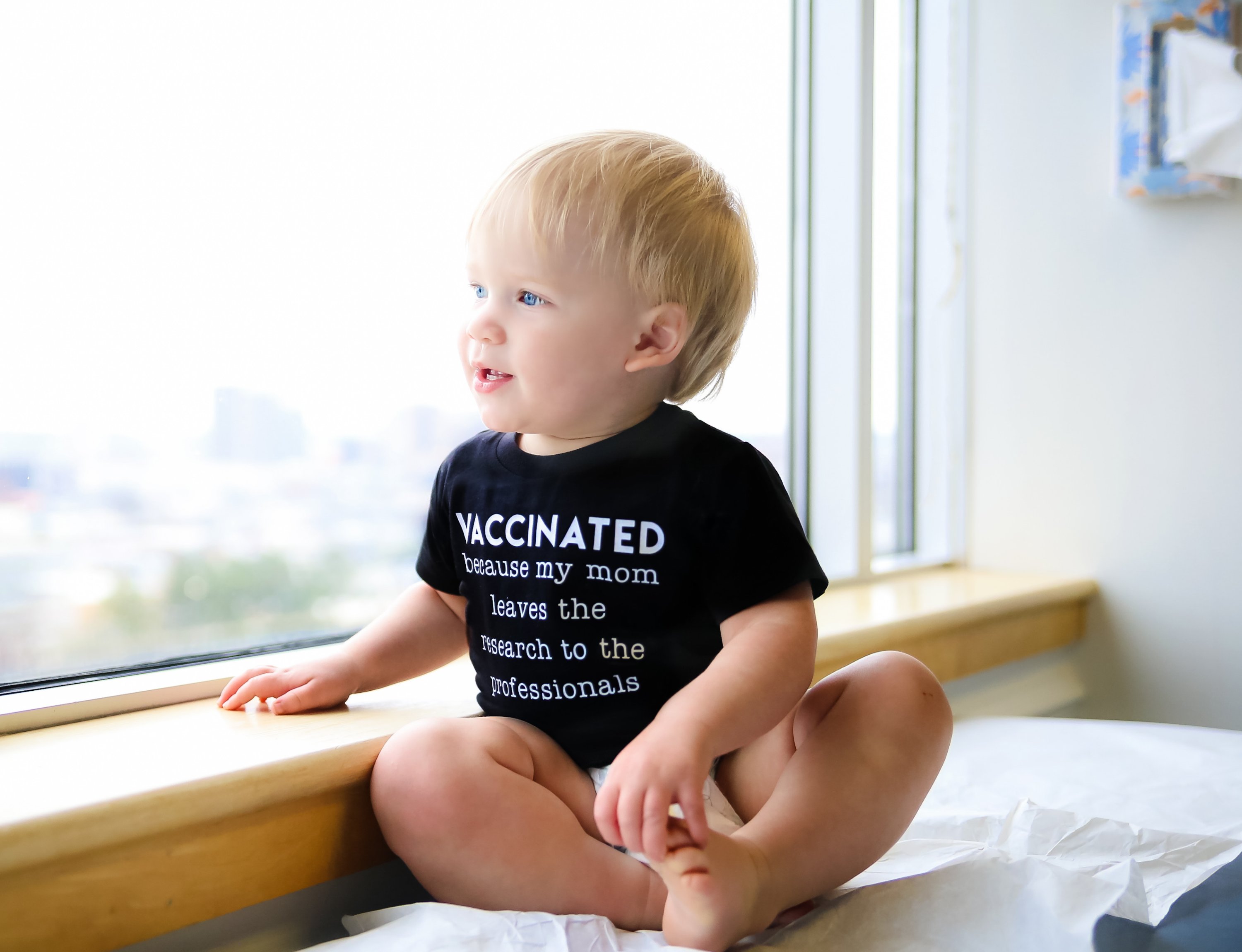 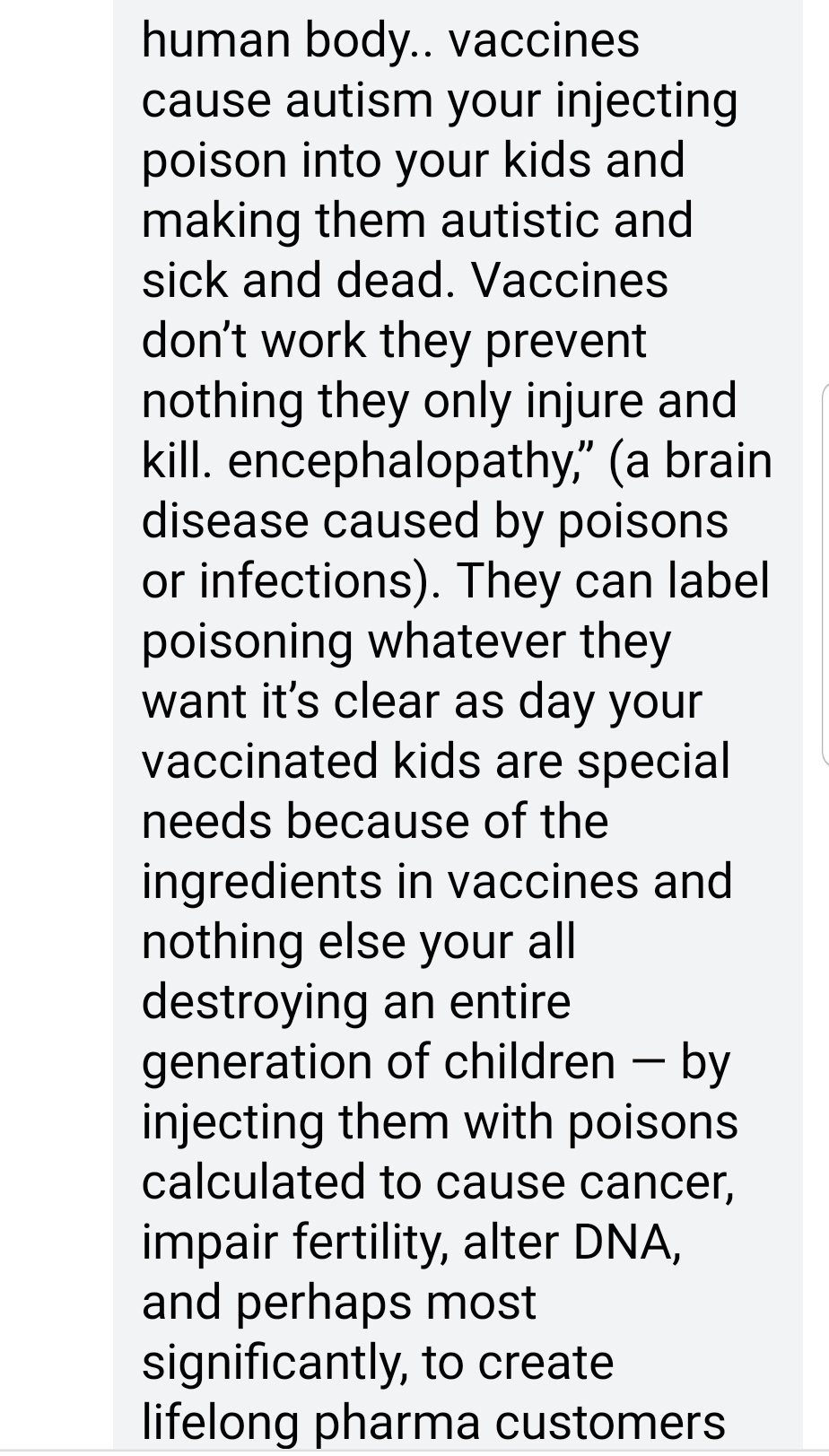 Can we please, for the love of God, stop beating this dead horse?

VACCINES DO NOT CAUSE AUTISM.

There is ZERO scientific evidence that vaccines cause autism. The one doctor, or should I say former doctor, that made this claim lost his license for his false allegations. Vaccines, in general, are the safest and most cost effective preventative treatment one can get. Also, what about the children with autism, seizures, and other horrible childhood illnesses that have never had a vaccine? What about the millions of people who have had vaccinations and have had no complications? Yes vaccine injuries have occurred, but it’s the minority, not the majority. And I repeat there is ZERO medical based evidence that vaccines cause autism! 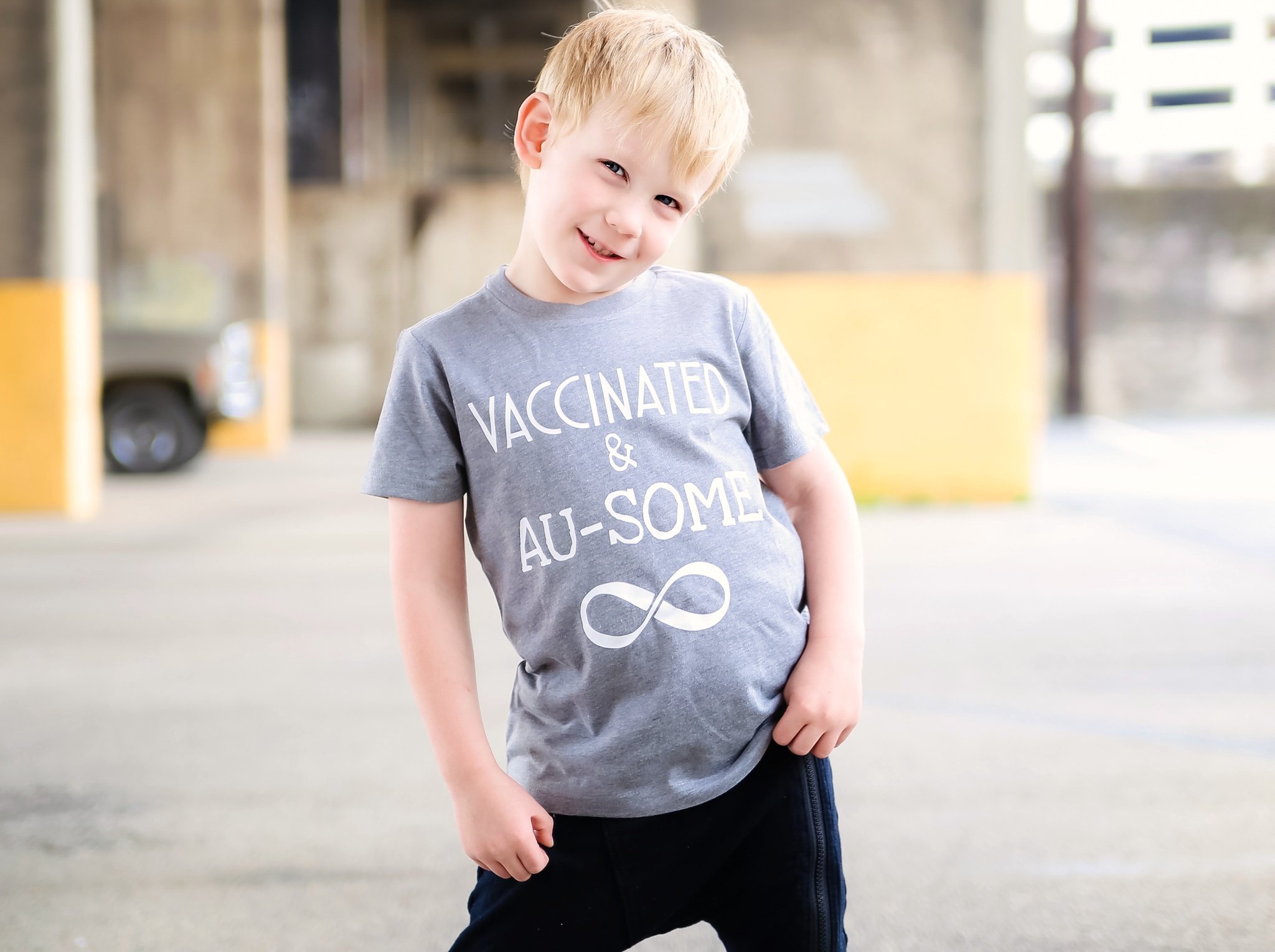 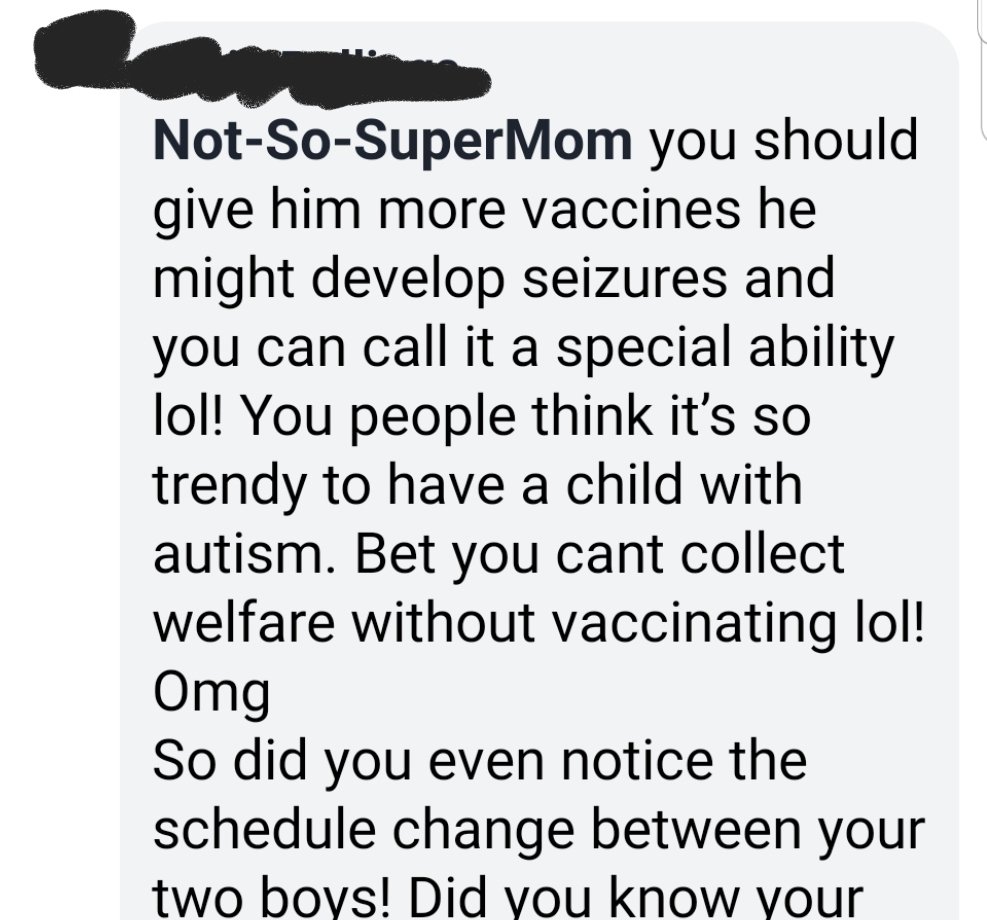 First, what type of unkind, cruel hearted person would wish a child to develop seizures? It’s not a special ability, and it’s certainly not a laughing matter. Seizures are scary, unpredictable, and sometimes fatal. Secondly, autism isn’t trendy. I live my life in a constant state of semi-panic over what will come next. Will he hit that child who is crying? Bite the next kid who sings too loudly? Throw his brother off the bed because he doesn’t want him to be in his space? I never know what’s coming and what his future will hold. It’s scary. It’s nerve wracking. Everett isn’t my accessory. He’s a living, breathing, loving, and loud boy. I would LOVE for his life to be easier and for him to not have the challenges autism presents. I didn’t hope for some “trendy” diagnosis, as a matter of fact, I actually mourned what could have been when he was diagnosed. He’s was and still is a beautiful soul.

Oh and by the way, we aren’t on welfare, and having a child with autism doesn’t automatically mean you qualify for welfare or any other supplemental disability benefits. It costs us over 5 grand a year, just for his basic therapy sessions. 5 grand that neither insurance, grants, or government assistance can help with. 5 grand that could be going into our dream home or savings account. That 5 grand is just the tip of the iceberg. Prior to starting pre-k, we also had childcare costs, home therapy tools, and the special foods he would eat. If this is a fad, it’s a pretty damn expensive one. 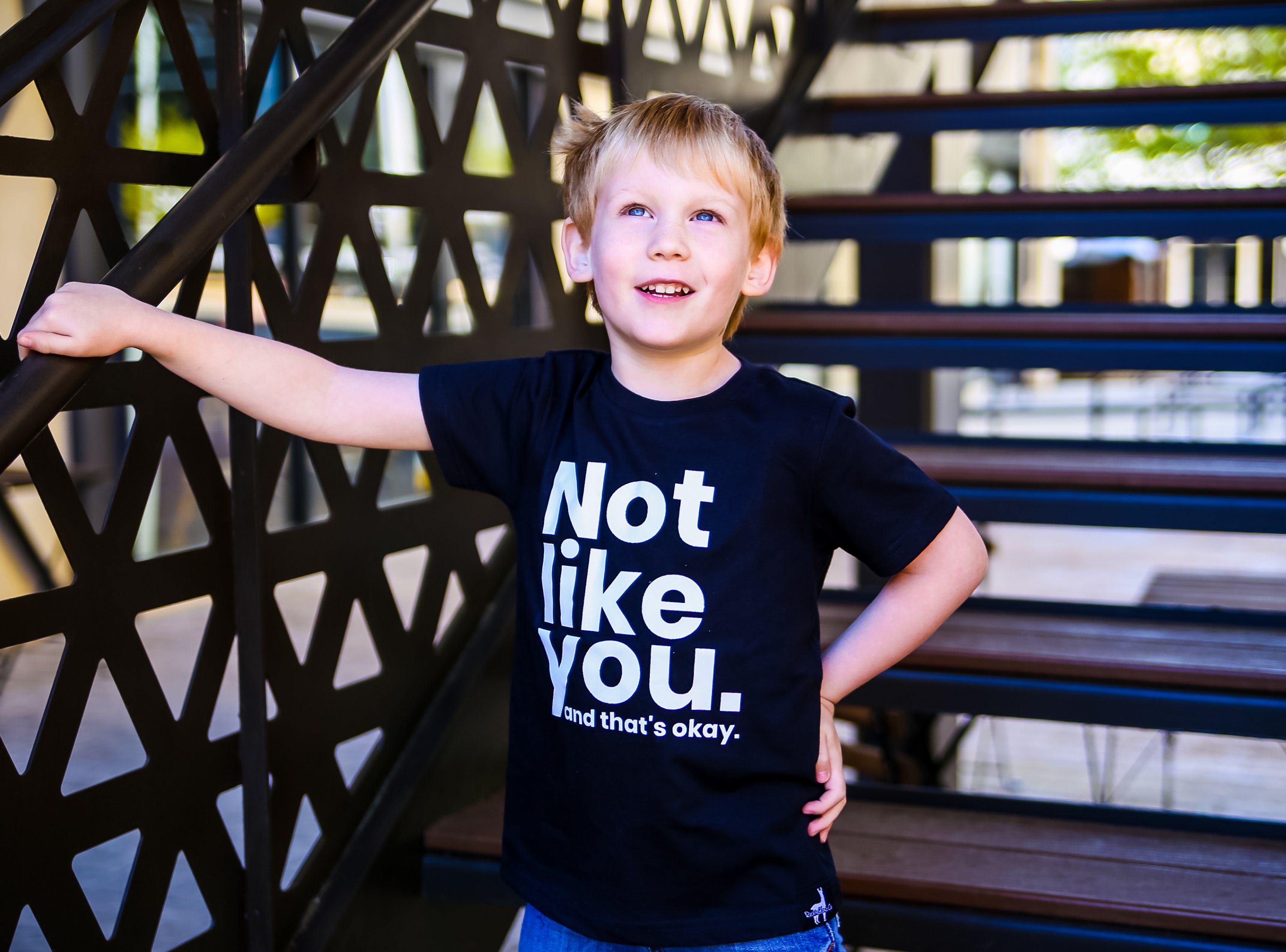 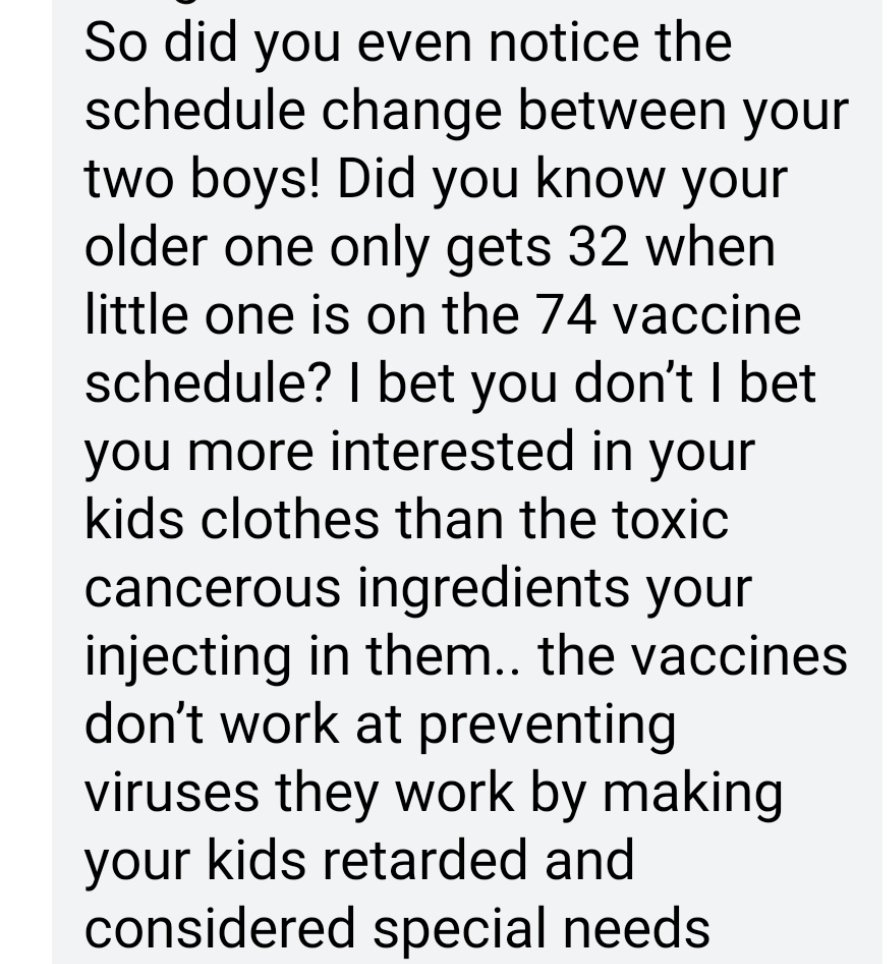 Let’s be clear, not only do I hate math, I also suck at it. However, even in my limited capacity, the math here doesn’t add up. Everett & Finn are both recieving the same number of vaccines. That number is NOT 74. Not even close. Quite simply, the whole 72-74 vaccine number is a propaganda tool and scare tactic. Children currently receive 13 vaccines that are designed to protect them from 16 preventable diseases. If you include boosters and a yearly flu vaccine, (which by the way we skip), you’re looking at a max of 54 doses by the age of 18. Several of these vaccines are combined, such as MMR. If you’re trying to figure out where the number in the 70’s came from, it’s from them counting vaccines that are combined (like MMR) individually as well as including the doses a pregnant woman receives. So no, I didn’t notice a jump in vaccines, because there was no radical jump. If you actually look at the math and immunization schedule, you could easily verify this for yourself.

I’m more interested in my kids clothes than injecting them with cancer? Wow. I’ll be honest here, it sounds like you’re just trying to throw shade here because you might be jealous of my kids rad wardrobe. I get it- I’m jealous too! They look hella cute and have cooler clothes than I’ll ever have, but to insinuate that I care more about their appearance than their health is pretty despicable. However, I’m pretty sure that we already established that vaccines also don’t cause cancer, so let’s move on. 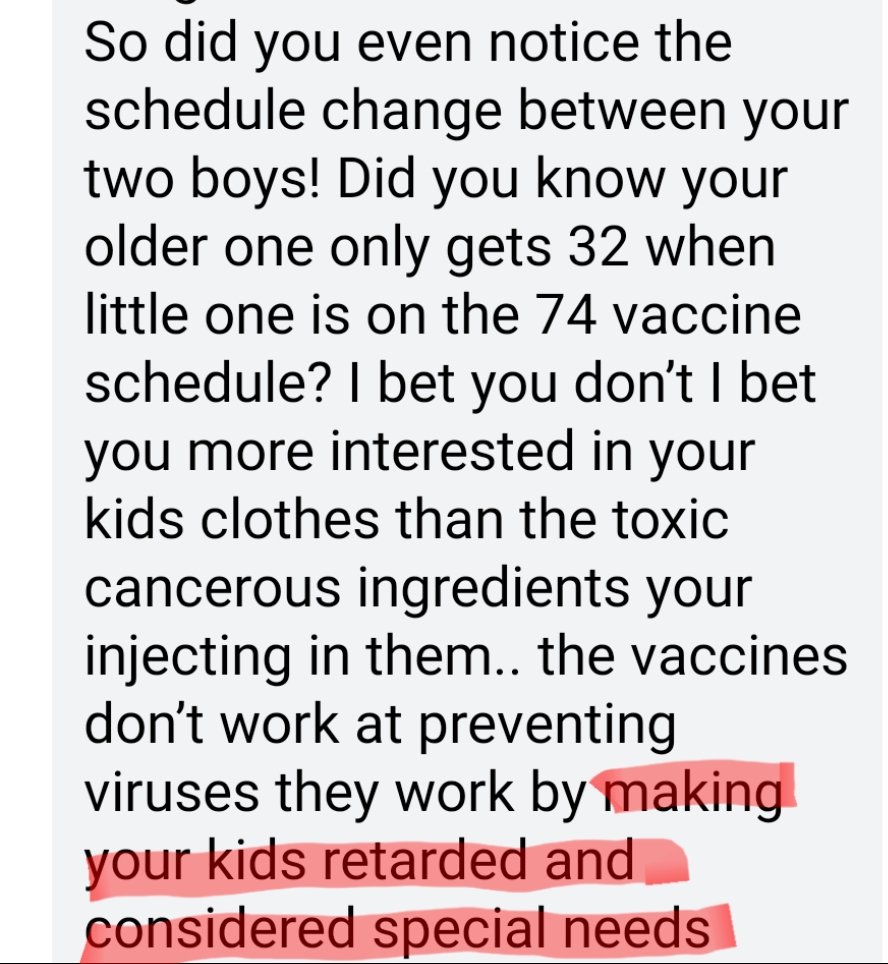 Wow. You really went there are dropped the “R” word. Did you perhaps miss the memo that it’s 2019 and using words like that aren’t socially acceptable? I’ll give you the benefit of the doubt, and instead share some awareness with you. Those who are in the special needs community prefer to use respectful people first language. You see, words carry weight. Language affects attitudes and attitudes affect actions. Words, like the “R” word, are what lead to the horror stories you read about. The ones about the unfortunate people in the special needs community being taken advantage of and abused. So please be mindful of your words, you never know who is listening and learning from your misinformation and bigotry. Also, just to remind you, VACCINES DON’T CAUSE AUTISM. They do however cause adults. Here is a handy little infograph for you. 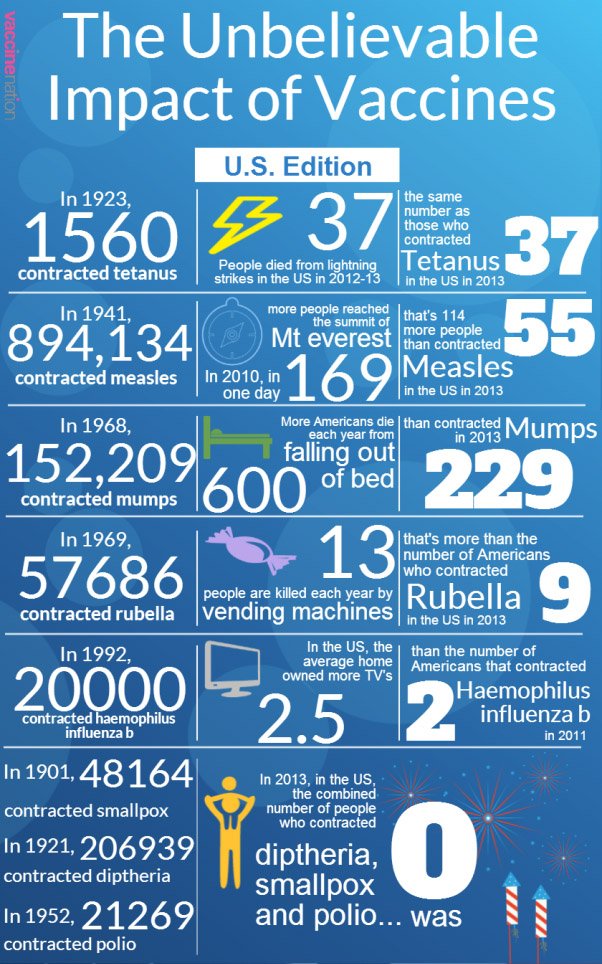 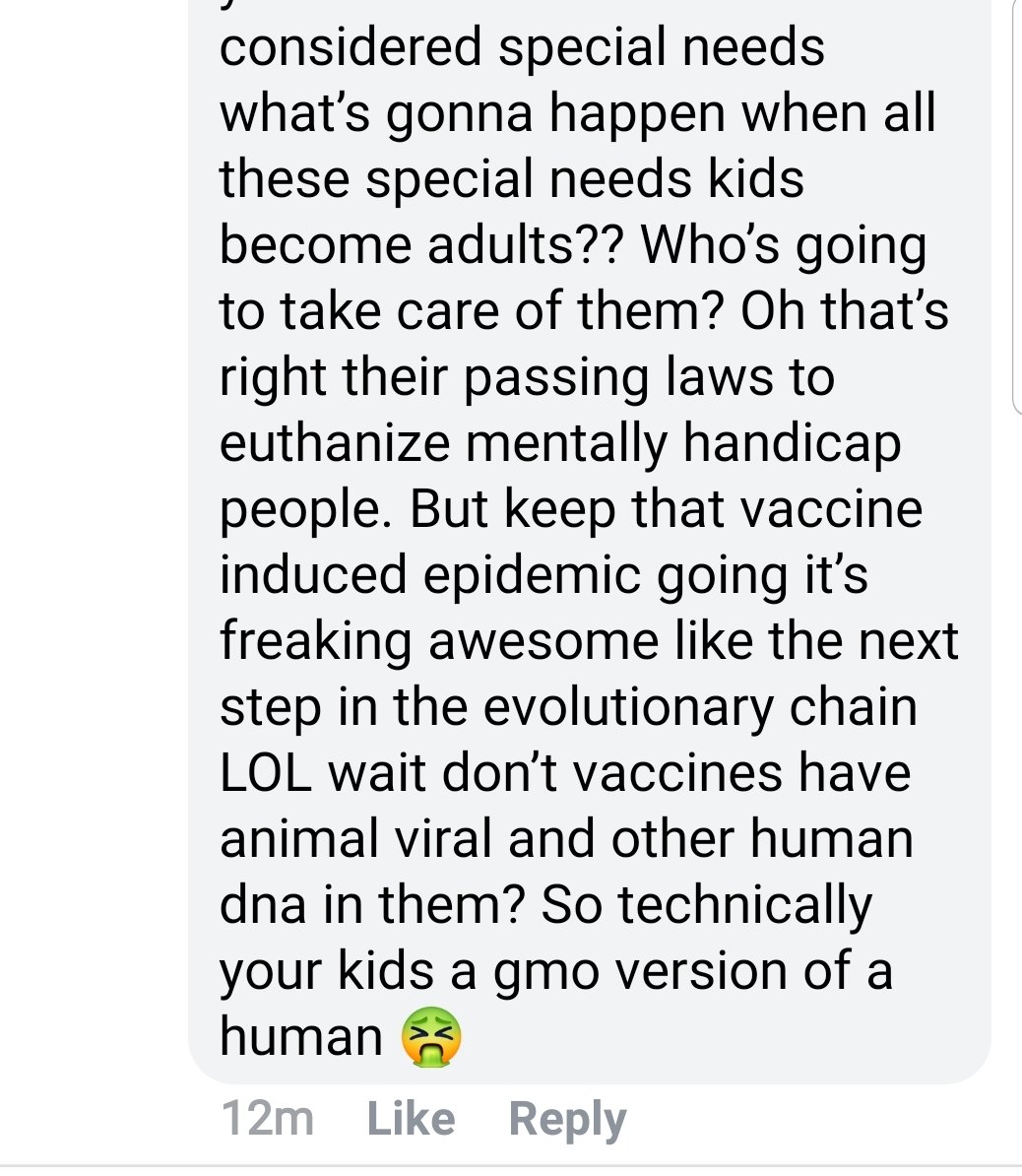 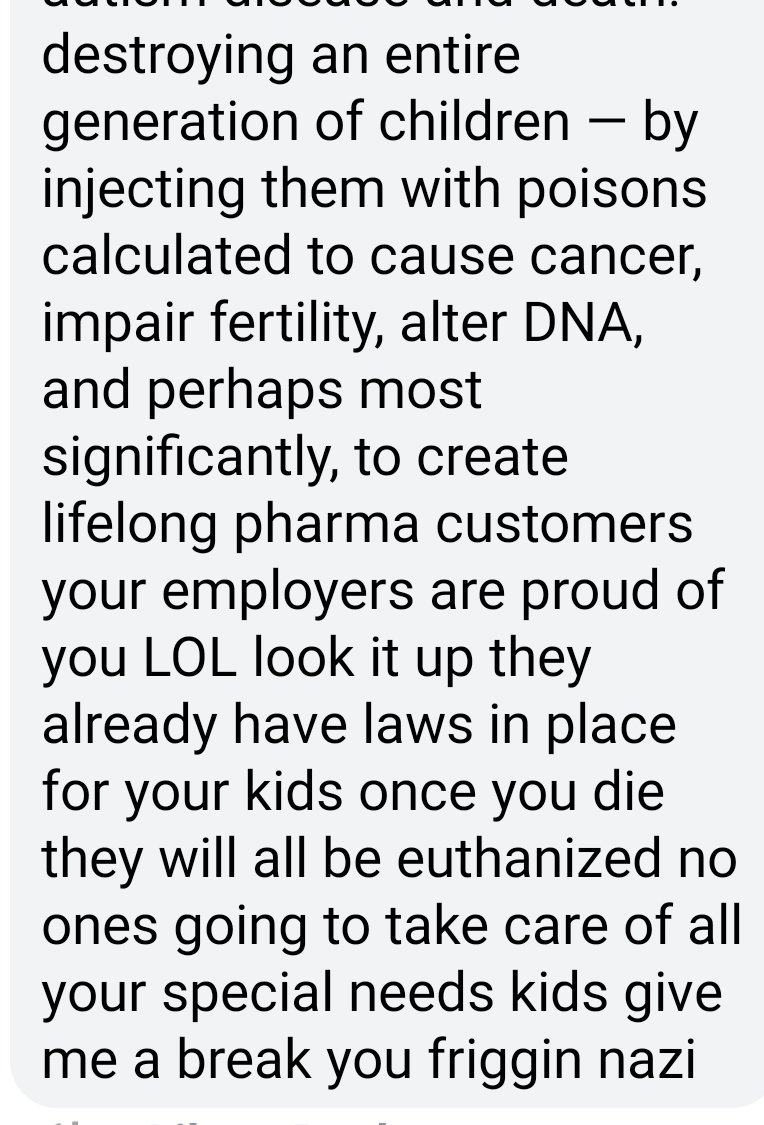 Wow. There is so much to unpack here that I almost don’t know where to begin. Let’s start with passing laws to euthanize those with special needs. There are ZERO countries where euthanizing a human being is legal. ZERO. There have been talks about it, but ultimately it is a gross violation of basic human rights. That aside, my child has autism. He isn’t a burden to myself or society. Do we have struggles? Yes. Do we let our struggles define us? No. I’d like you to show me one parent who hasn’t struggled with their child at some point.

Also, it seems like you may not entirely understand what autism is. Autism is a neurological spectrum disorder. A SPECTRUM. Meaning that symptoms and the degree of those symptoms can vary widely from person to person. We’re lucky, Everett is fairly high functioning, but even if he wasn’t, euthanizing wouldn’t be an option. Having autism doesn’t automatically make you more or less intelligent. IQ isn’t a part of autism, it’s part of being a human being. Please don’t make assumptions about a child’s intelligence level without actually knowing the said childs capabilities. 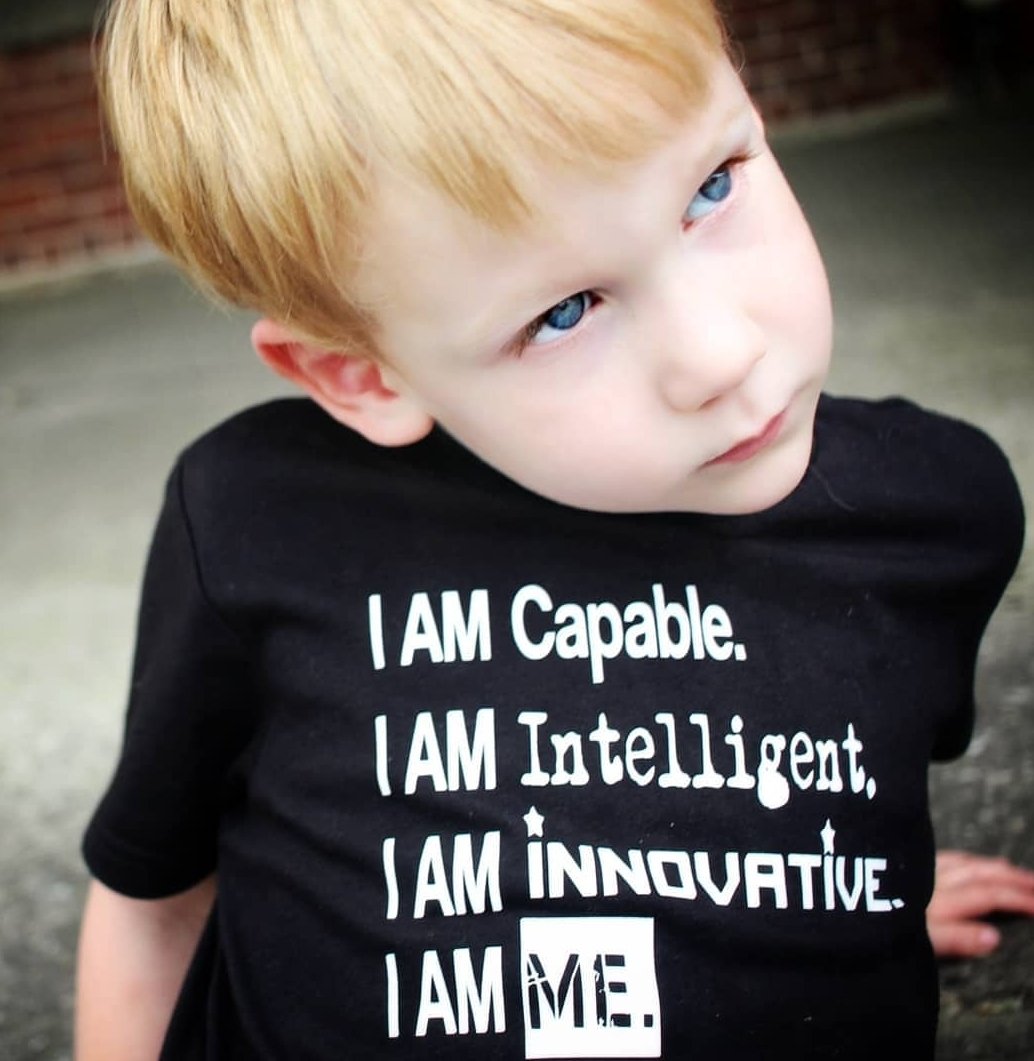 If You Don’t Have Ssomething Nice To Say…. 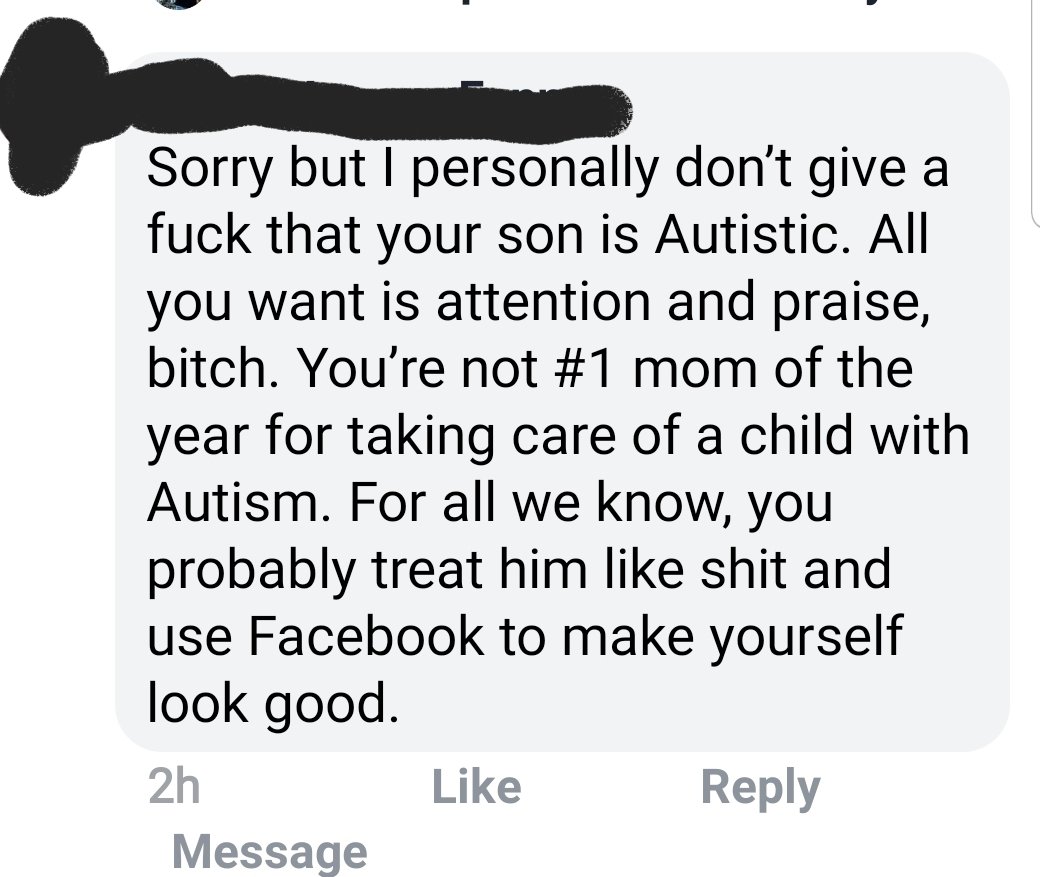 Last, but not least, if you don’t have kind words to say, or if you don’t know the full story, please keep your opinions to yourself. Cyberbullying is no joke. I’m an adult, and it upset me to see such horrible things written in regards to my child and myself. Imagine what our children have to endure in today’s digital age.

Here are a few handy statistics:

It’s scary to consider the weight your words carry, especially digitally, where typical societal norms and decency standards seem to get tossed out the window. Despite your personal biases, try to remember that the person on the other side of the the screen, is a real living being, that’s not so different from yourself. 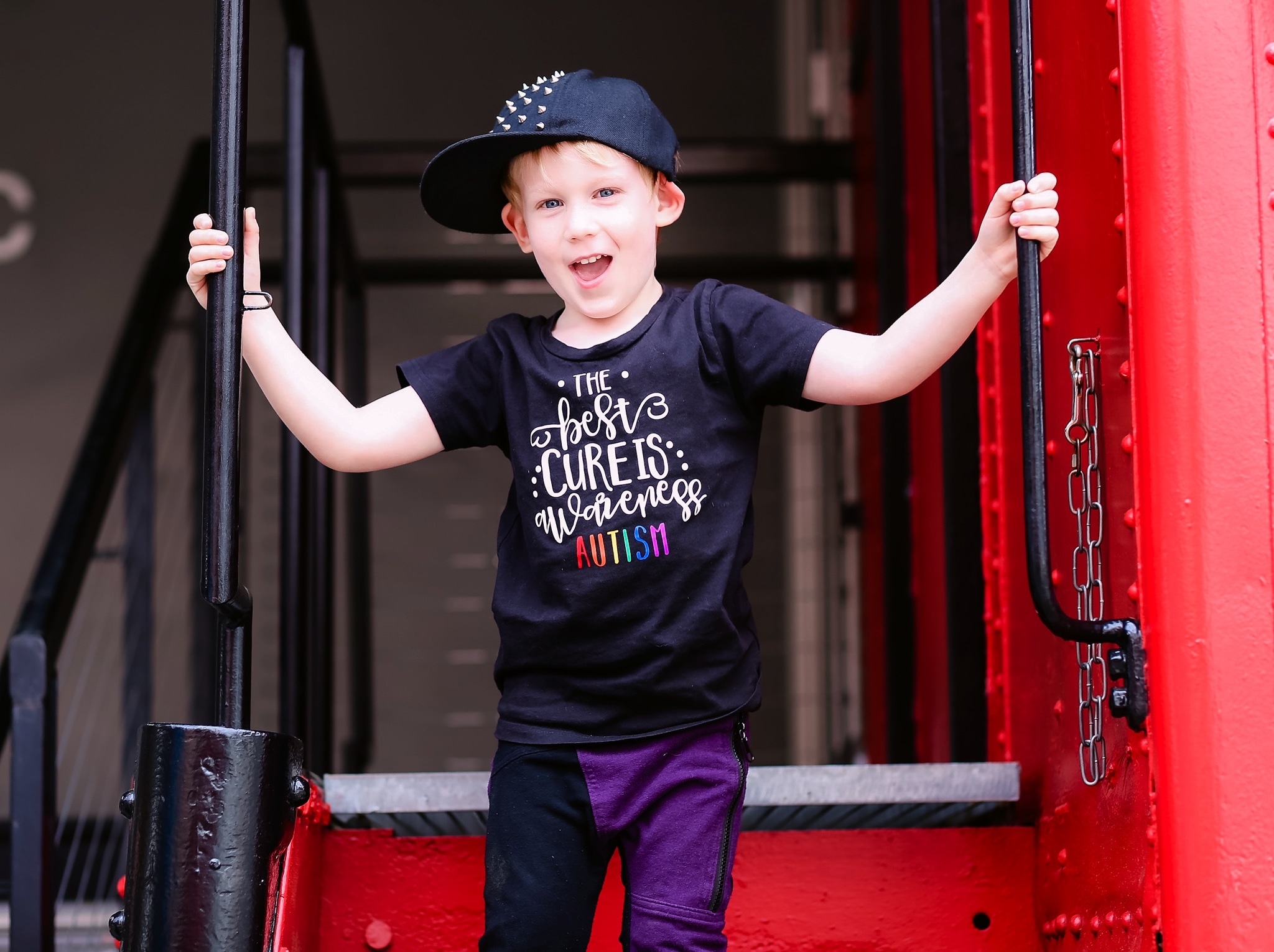